Transport or transportation is the movement of people, animals and goods from one location to another. Modes of transport include air, rail, road, water, cable, pipeline and space. The field can be divided into infrastructure, vehicles and operations. Transport is important since it enables trade between people, which in turn establishes civilizations. Transport infrastructure consists of the fixed installations necessary for transport, including roads, railways, airways, waterways, canals and pipelines and terminals such as airports, railway stations, bus stations, warehouses, trucking terminals, refueling depots (including fueling docks and fuel stations) and seaports. Terminals may be used both for interchange of passengers and cargo and for maintenance.

Your limo for any occasion 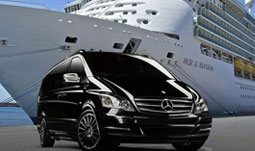 The driver will call or text you and coordinate pickup location. 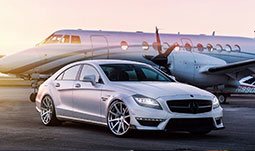 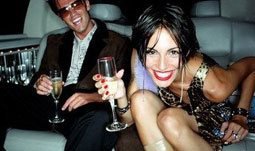 The driver will call or text you and wait for your heads up when you are ready to leave. 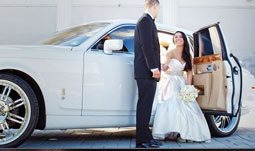 We provide multiple cars in variety of colors for your wedding. We provide our best drivers and the best services in town.